, /PRNewswire/ -- Domino's Pizza (NYSE: DPZ), the largest pizza company in the world based on global retail sales, is continuing its global growth momentum with the opening of its first store in . This was accomplished through a partnership with local operator Island Living – the master franchisee for . 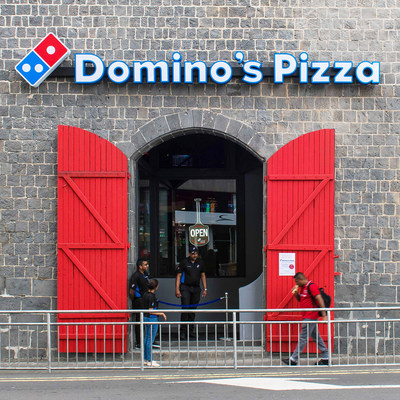 "We are delighted to bring Domino's to , as it is the world's leading pizza brand," said , chief executive officer of Island Living.  "We are committed to winning the hearts and minds of those in the community with our freshly-made hand-tossed pizza, using only high-quality ingredients. We look forward to serving customers in-store, through carry out and via delivery using Domino's world-class online ordering system."

Domino's is on a mission to bring the great pizza and excellent customer service of a renowned international brand to neighborhoods throughout . The first location is in the center of – capital city – and features the new pizza theater design with an inviting and authentic interior, spacious seating, a kid's corner, as well as a front row seat to watch all the action of pizza-making. A second location will open later this year in the heart of the Beau Bassin community – a great food hub for Mauritians.

"Establishing ourselves in provides an excellent opportunity for our brand to continue growing globally," said , executive vice president of Domino's International. "Domino's, partnering with Richard and the Island Living team, has terrific potential to offer an unmatched pizza experience to the people of ."