, /PRNewswire/ -- (NYSE: DPZ), the largest pizza company in the world, today announced the promotions of to the role of President, & and to the role of Executive Vice President – International, effective . Jordan and D'Elia will both report to , current Chief Operating Officer and President – Domino's and incoming Domino's CEO (effective , 2022.) 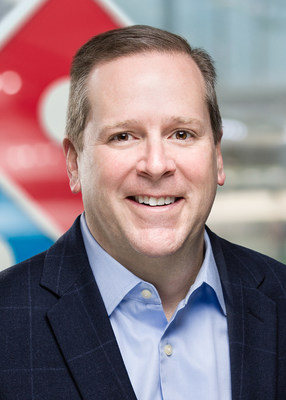 "Joe and Art are extremely talented executives who have 15 years of Domino's experience between the two of them," said . "They are well known and respected by our team members and franchisees around the world. Each are incredible leaders whose insights, expertise and values embody what makes Domino's such a special place to work. I am excited for them and for the Company."

As President, & , Jordan will be responsible for leading the Company's business and key global centers of excellence. He most recently served as Executive Vice President – International of Domino's since , after serving as Senior Vice President – Chief Marketing Officer of Domino's from to . Prior to joining Domino's, Jordan worked for six years at , where he served as the senior director of marketing. Jordan holds an MBA from and a bachelor's degree in business administration from the .

Founded in 1960, is the largest pizza company in the world, with a significant business in both delivery and carryout pizza. It ranks among the world's top public restaurant brands with a global enterprise of more than 18,800 stores in over 90 markets. Domino's had global retail sales of nearly in 2021, with over in the and over internationally. In the fourth quarter of 2021, Domino's had global retail sales of over , with over in the and nearly internationally. Its system is comprised of independent franchise owners who accounted for 98% of Domino's stores as of the end of the fourth quarter of 2021. Emphasis on technology innovation helped Domino's achieve more than half of all global retail sales in 2021 from digital channels. In the , Domino's generated more than 75% of retail sales in 2021 via digital channels and has developed several innovative ordering platforms, including those for Google Home, Facebook Messenger, Apple Watch, Amazon Echo, Twitter and more. In 2019, Domino's announced a partnership with Nuro to further its exploration and testing of autonomous pizza delivery. In mid-2020, Domino's launched a new way to order contactless carryout nationwide – via Domino's Carside Delivery®, which customers can choose when placing a prepaid online order.

Statements in this press release that are not strictly historical in nature constitute "forward-looking statements" within the meaning of the Private Securities Litigation Reform Act of 1995. These statements involve significant risks and uncertainties and you should not place considerable reliance on such statements. Important factors that could cause actual results to differ materially from our expectations are more fully described in our filings with the , including under the section headed "Risk Factors" in our Annual Report on Form 10-K for the fiscal year ended . All forward-looking statements speak only as of the date hereof and should be evaluated with an understanding of their inherent uncertainty. Except as required under federal securities laws and the rules and regulations of the , or other applicable law, we will not undertake, and specifically disclaim, any obligation to publicly update or revise any forward-looking statements to reflect events or circumstances arising after the date hereof, whether as a result of new information, future events or otherwise. You are cautioned not to place undue reliance on the forward-looking statements included herein or that may be made elsewhere from time to time by, or on behalf of, us. All forward-looking statements are qualified in their entirety by this cautionary statement.